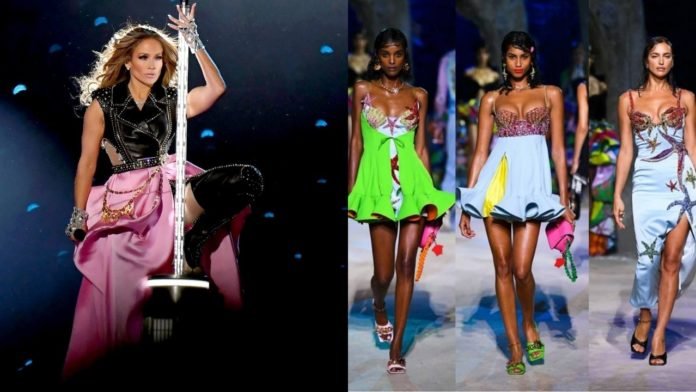 Remember the historic Super Bowl halftime show with Shakira and J.Lo? Here is the recap of the most relevant moments on Instagram of 2020.

There are many reasons why 2020 could feel like the longest year in history, and it will certainly be a year that we will never forget. There was no shortage of relevant moments on Instagram this year , such as the announcement by the Dukes of Sussex that they would be leaving royalty, Michelle Obama’s moving speech for the graduation ceremony and the launch of Beyoncé’s visual album Black Is King, which defined a was.

Here’s the recap of the most commented posts on Instagram of 2020 .

1. Prince Harry and Meghan Markle announced they would be leaving royalty

In January, the Duke and Duchess of Sussex revealed on Instagram that they would ‘depart’ from the royal family as core members and that they would move to the United States with their son Archie. After a week of discussions, the couple released a statement from the Queen, confirming that they had ‘found a constructive and supportive path.’

For the first time in its 54-year history, two Latino superstars headlined the Super Bowl halftime show and put diversity at the forefront of America’s most-watched television event, with 99.9 million viewers. J.Lo shared the behind-the-scenes view of the duo’s spectacular show on Instagram : ‘LOVE this moment with @Shakira and me literally seconds after going off the air !! We are happy!! #Mission accomplished.’

3. Bella Hadid stars in the first fashion campaign on FaceTime

When Covid-19 prompted brands to explore homemade alternatives for photo shoots in studios or high-budget locations, French designer Simon Porte Jacquemus soon came up with a solution. In April, the brand launched its SS20 campaign with Bella Hadid in a series of images shot entirely via FaceTime by photographer Pierre-Ange Carlotti and creative director Porte Jacquemus. “The best hours … reconnecting,” said Hadid, who appeared in the most sought after styles from the Jacquemus collection, and also naked, hidden only by the brand of bags Le Chiquito.

2020 graduates may have lost the excitement of a live graduation ceremony, but Barack and Michelle Obama weren’t going to let the occasion go without celebrating. The former president and first lady gave a virtual ceremony on YouTube to highlight the achievements of millions of students around the world, who heard Michelle give one of the most inspiring speeches of the year, if not the most, with references to the movement Black Lives Matter and the challenges we faced in our communities during the pandemic.

‘For those of you who feel invisible, please know that your story matters,’ he reminded 2020 graduates. ‘Your ideas matter. Your experiences matter. Your vision of what the world could and should be matters, so never let anyone tell you that you are too angry or that you should keep quiet. There will always be someone who wants to shut you up, who allows you to be seen, but not heard. ‘

In June, Beyoncé unveiled the first trailer for Black Is King, a visual album – originally filmed as an accompaniment to The Lion King: The Gift soundtrack – that celebrates the breadth and beauty of Black ancestry. The film added nearly three million subscribers to Disney + in July.

‘Black Is King is a labor of love. It’s my personal project that I’ve been filming, researching, and editing night and day for the past year, ‘Beyoncé wrote on Instagram before releasing the first trailer on June 29. ‘The events of 2020 made the vision and message of the film even more important, as everyone is going through a historic moment … I believe that when black people tell their own stories, we can change the axis of the world and tell our story. REAL generational treasure and soul wealth. ‘

Lady Gaga won five MTV awards on August 30 this year, with actress and singer Keke Palmer as the host. He won Artist of the Year, Song of the Year, Best Collaboration, Best Cinematography, and also the newly released VMA Tricon Award, which recognizes his achievements in music, fashion and acting. Gaga stole the show with her performances in various outfits suitable for social distancing. In an Instagram post, she wrote: ‘This New Yorker is so overwhelmed with all this love. Thanks for to be with me always. I love you so much.’

“I wanted to do something that would disrupt and break the rules because I think what we worked on a few months ago doesn’t make any sense today,” Donatella Versace revealed on the day of the show. “Creatively, we wanted to find a way to bring the Versace DNA to a new reality and to people who have undergone great changes.” Don’t miss the references to Gianni Versace’s spring 1992 collection, Trésor de la Mer.

8. Kamala Harris congratulates Joe Biden on becoming the next president of the United States

‘We did it. We did it, Joe. You are the next president of the United States, ” Vice President-elect Kamala Harris exclaimed in an Instagram video where she congratulates President-elect Joe Biden on their victory . In the clip, Harris is seen jogging in Nike sportswear with her husband, Doug Emhoff, and a Secret Service agent; It may be the most iconic jogging of 2020. Harris will be the first female vice president, the first black and the first South Asian-American in US history.

As a girl grows, she needs to know about nutrition, cosmetics,...